Women's leadership in the last ten years: a balance sheet 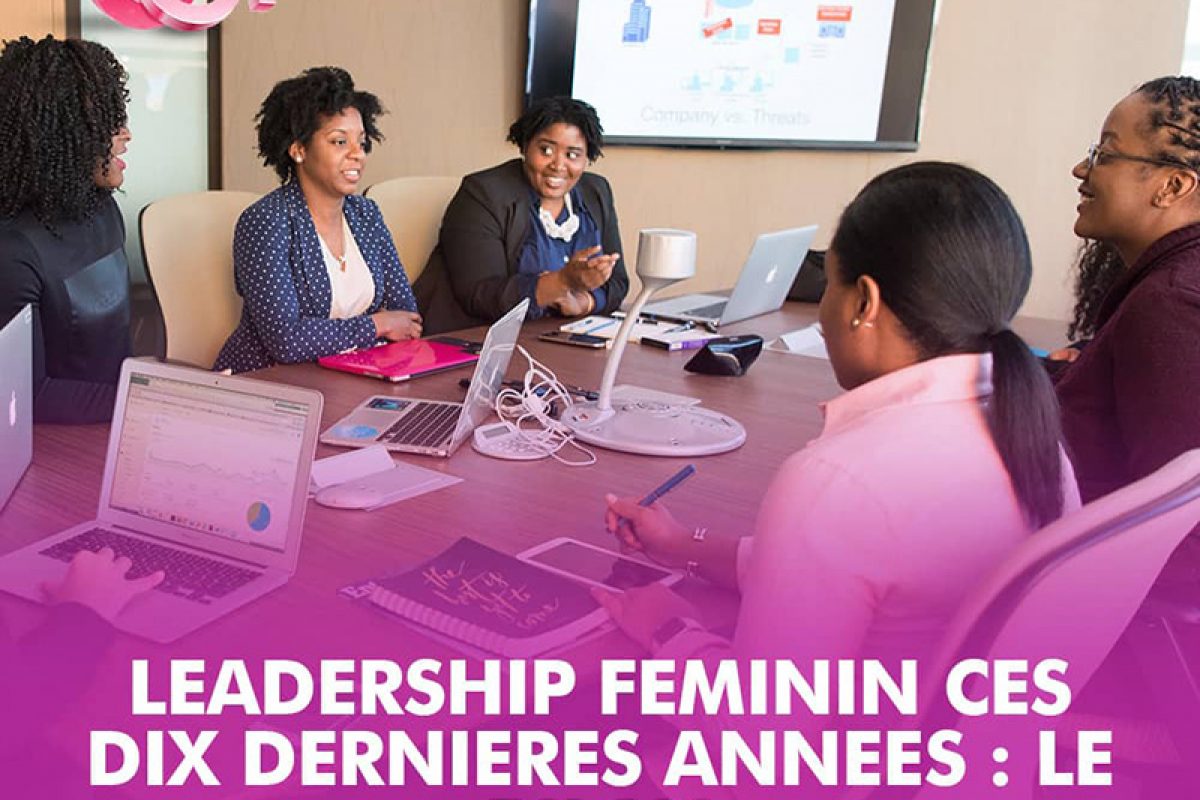 Forty years ago, a woman named Vigdis Finnbogadottir was elected president of Iceland, becoming the first woman in the world to head a government. She was re-elected three times before 1996, the year her terms ended. Such an event provided yet more proof that women have leadership abilities and skills on par with men. But four decades later, a review is in order. Is female leadership as old as Vigdis? Ten years ago, were women able to assert their leadership skills? Today, in a context of health crisis, have they climbed the ladder as much as predicted? Translated with www.DeepL.com/Translator (free version)

Women's leadership, since when?

Some studies have proved that societies in prehistoric times would have known forms of matriarchal power based on the cult of the "Great Goddess". If this dates back to prehistoric times, and without wishing to praise the female gender, we must believe that women have not stolen their leadership skills. Many facts in history, many revolutions have been led by women. How can we mention them without first talking about Tassi Hangbè, an exceptional woman who ruled Dahomey from 1708 to 1711 and founded the formidable military corps of Amazons. This story, which is also the story of all Beninese, we will tell you in a while. In London, the woman was not considered a person according to the interpretation of the constitutional law of 1867. With Emily Murphy, the first municipal judge of the British Empire, at its head, a women's movement rose up and protested against this great injustice. They won their case in a famous judgement rendered on 18/10/1929 recognizing women as persons, allowing them to benefit from civil rights which for them were a privilege. In 1930, women workers mobilized for their rights. They are midinettes * who start spectacular strikes with Mrs. Lea Roback at their head. The movement mobilized 5000 strikers who denounced 70 hours of work per week, wages below the minimum wage, sexual harassment and the absence of maternity vacations. Let's talk about the nun Marie-Laurent de Rome and Jeanne Lapointe, professor of literature at Laval University. Two women who, once nominated to the Parent Commission, ensured that girls had access to higher education. Girl Power we said. And there are dozens of examples like these to dismantle the absurd idea that women cannot perform when they are in power. A woman's place is not in the kitchen, it is wherever she decides to be. Translated with www.DeepL.com/Translator (free version)

Leadership and women in the 2000s: impossible love or not?

Influenced by the socio-cultural realities of women, female leadership in general is struggling to emerge. In our African cultures, a woman is only good for the home. So from there to see her as a leader many men think of an apocryphal. The years 2000 to 2010 have seen an increase in the presence of women. And this in many areas.

In several professions, the proportion of women is greater than that of men. This is the case of teaching and health, where legislation does not discriminate on the basis of gender. If yesterday, absurdities such as women do not inherit, women should not command a man and therefore should not manage a company, women should not be more educated than a man, a woman should not cross her feet in public, a woman's urine should not cross a tree trunk, a highly educated woman will not make a good wife, a woman cannot manage..., were blocking the development of women, today women have invested all sectors of activity. But how can we understand that despite this important female presence, we do not meet many women leaders or women in the executive of trade unions?

There are two reasons for this.

The first is the disinterest or refusal of women to commit themselves, as if they were only trained to undergo or to play second roles in society. A formatting suffered from an early age. The second is that, even when women are in the majority in organizations, other women do not like it and prefer to give preference to men instead of their sisters in positions of responsibility. Moreover, with the notion of gender becoming more and more important in institutions, women find it difficult to contribute their skills.

The woman of today, her power in front of the others and...the coronavirus

The Coronavirus pandemic has arrived at a time when women are barely making a name for themselves in the fields of activity in which they could flourish. One would think that in 2021, in the 21th century, women would be free to do whatever job they want, to speak out when they feel the need to. But pre-existing social and systemic barriers remain while we are still struggling with domestic violence, unpaid care work, unemployment and poverty. Yet women are on the front lines of this fight against the spread of the virus as health care professionals, caregivers, bloggers, reporters, community organizers and even national leaders. Did you know that the countries that have best responded to the health crisis are led by women? Women leaders in Denmark, Finland, Germany, Iceland, Slovakia and New Zealand demonstrated excellent management and coordination skills when it came to containing and responding to the COVID crisis. Yet, there are only 20 women leaders in the world. The theme of this year's international day is "Women's leadership: For an egalitarian future in the world of Covid-19". This crisis has once again revealed that women are the true pillars of our society. Today, more than ever, let's give them back their rights, equal pay, the equitable sharing of family tasks and the banning of all violence against them. They deserve it.

This website uses cookies so that we can provide you with the best user experience possible. Cookie information is stored in your browser and performs functions such as recognising you when you return to our website and helping our team to understand which sections of the website you find most interesting and useful.

Strictly Necessary Cookie should be enabled at all times so that we can save your preferences for cookie settings.

If you disable this cookie, we will not be able to save your preferences. This means that every time you visit this website you will need to enable or disable cookies again.